Investors of precious metals are showing more interest recently in palladium. Stores of value become increasingly important during times of macro events that negatively affect world markets. That is usually when investors find ways to store their wealth safely and ride out the storm using assets such as palladium. Others like to hold it long-term, so palladium can act as both a safe haven asset like gold and silver, as well as a long term store of value.

Palladium is the least appreciated of the four precious metals

You might be surprised to learn that palladium has outperformed the other three most popular precious metals, gold, silver, and platinum, even though it is the least known and appreciated of the four. This is a relatively new advancement. It was only in 2019 that the price of palladium overtook gold’s price. Palladium’s emergence as a viable precious metal for investing is largely related to the supply and demand forces behind it.

Since palladium is only mined at 10% the rate of gold and is only in a limited number of locations worldwide, its supply is much smaller and less likely to fluctuate. At the same time, demand for palladium has gone up in recent times, mainly due to investors looking for additional ways to hedge their investment portfolios. But palladium is also an essential metal in many different industries, from dental fillings to chemical compounds, and most importantly, the automotive industry.

In particular, the automaking sector relies on palladium to make catalytic converters, an auto part that helps reduce carbon emissions. As governments across the globe pass new laws restricting emissions and creating new standards, auto manufacturers turn to precious metals like palladium to help them come under compliance.

World governments are working together to reduce carbon emissions, which could have a long-term effect on the success of palladium as an investment.

Much to the surprise of many investors, palladium prices are showing stronger recent returns than gold, silver, and platinum. In fact, over the last decade, palladium has been appreciating more than all the others.

Usually, when the USD is in decline, it is time for all precious metals to shine. But recently, palladium has taken the lead. In 2019, it led the way with a price increase of 59% on the year. Leading up to 2019, the amount of palladium available was below the amount of demand for eight years straight, which explains how the price rise was due to scarcity and demand. Now it is the most expensive of the big four precious metals.

With this steep increase in price, investors have remained bullish on palladium. Automakers, who use about 85% of all available palladium, utilize the precious metal in manufacturing cleaner gas-powered automobiles as well as hybrid-electric cars. The palladium element is a key compound in exhaust conversion, turning toxins into water vapor and carbon dioxide.

Because emissions standards are becoming more strict, automakers need an increasing supply of palladium. But palladium mining happens at a very low rate compared with gold or silver, so its supply is tightening just as demand is growing. No wonder that investors are moving into this precious metal as a safe haven.

When this supply and demand scenario compounds with a weakening dollar and highly volatile markets like in 2020, it’s easy to see a bright future for palladium as an investment. In today’s modern economy, investors can find a multitude of ways to invest in palladium.

Whichever investment vehicle the investor chooses, they are looking to get in on a precious metal that has historical merit as a store of value as well as a promising level of demand from industrial sources. It is easy to understand why palladium is becoming more popular each year as a store of value for hedging inflation and storing hard-earned wealth. 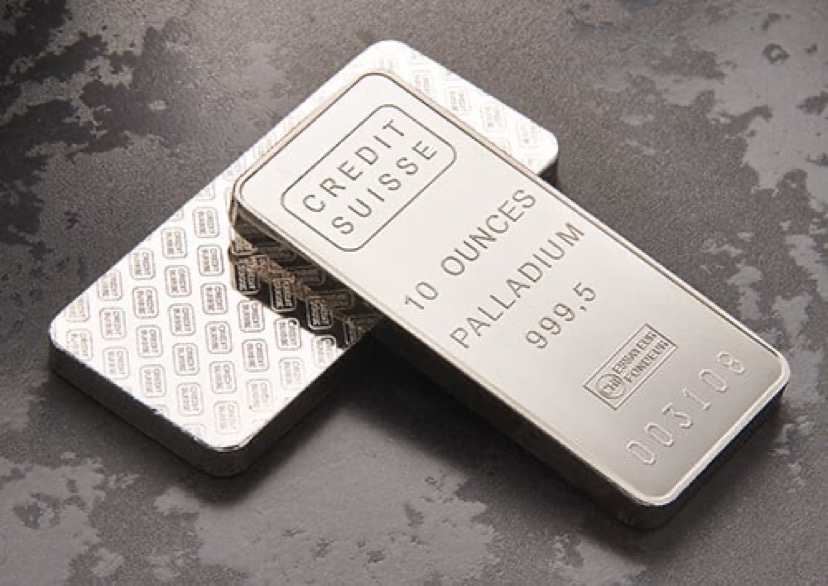 Palladium is becoming more intriguing by the minute. With its recent dominance over gold, silver, and platinum, to its significant importance in the clean energy sector, we are sure to be hearing about palladium more and more in investment circles. This is good because palladium does not have a historical context like gold and silver.

Many investors have never heard of palladium before. Most civilizations have used silver and gold in some manner, and people worldwide are highly familiar with these precious metals, what they are used for, and how people can invest in them. But palladium? Not so much. To get some background into palladium and gain some knowledge about this exciting precious metal, we have curated some fascinating facts to help give you an introduction:

Why Invest in Palladium?

Make an investment in PalladiumCoin

Now that you know more about palladium. Isn’t it a perfect time to buy today?